Time for another brickwall post.  Today’s brickwall is whether there is a connection between our Young Family and the Hamilton family.

My 3 Gts Grandfather, Robert Young was born about 1806.  Robert married Elizabeth Howard in County Tyrone in 1829.  Robert, Elizabeth and two daughters (Margaret and Sarah) traveled to Australia, they appear to have initially gone to Tasmania, before arriving in New South Wales in 1836.  Robert and Elizabeth had a total of 11 children, the last of whom was Thomas Hamilton Young (1856 – 1880).  All of the children of Robert and Elizabeth who had children, had at least one child with a middle name of Hamilton.  The use of the name Hamilton continued in subsequent generations.  This would indicate that the name Hamilton had some important significance.

The names used for their first two daughters may hold a clue.  Elizabeth Howard’s mother was Sarah Howard (nee Morrison).  With one daughter named after Elizabeth’s mother, it is possible that the other daughter was named after Robert’s mother.  They named their first son Robert James Young.  Elizabeth’s father’s name was Robert Howard.  In naming their son Robert James, this could have been for both grandfathers.  The naming pattern for their other children may also hold clues, names used were also used by James Mitchell Young for his children, as well as being names of the siblings of Margaret Hamilton.

At this point, the evidence is only circumstantial.  Additional research will be required, to determine if Robert was the son of James Young and Margaret Hamilton.

I have now found the shipping papers for Robert, Elizabeth, Margaret and Sarah Young.  Sadly details for Robert or Elizabeth’s parents are not provided.  But there might be another clue in them. 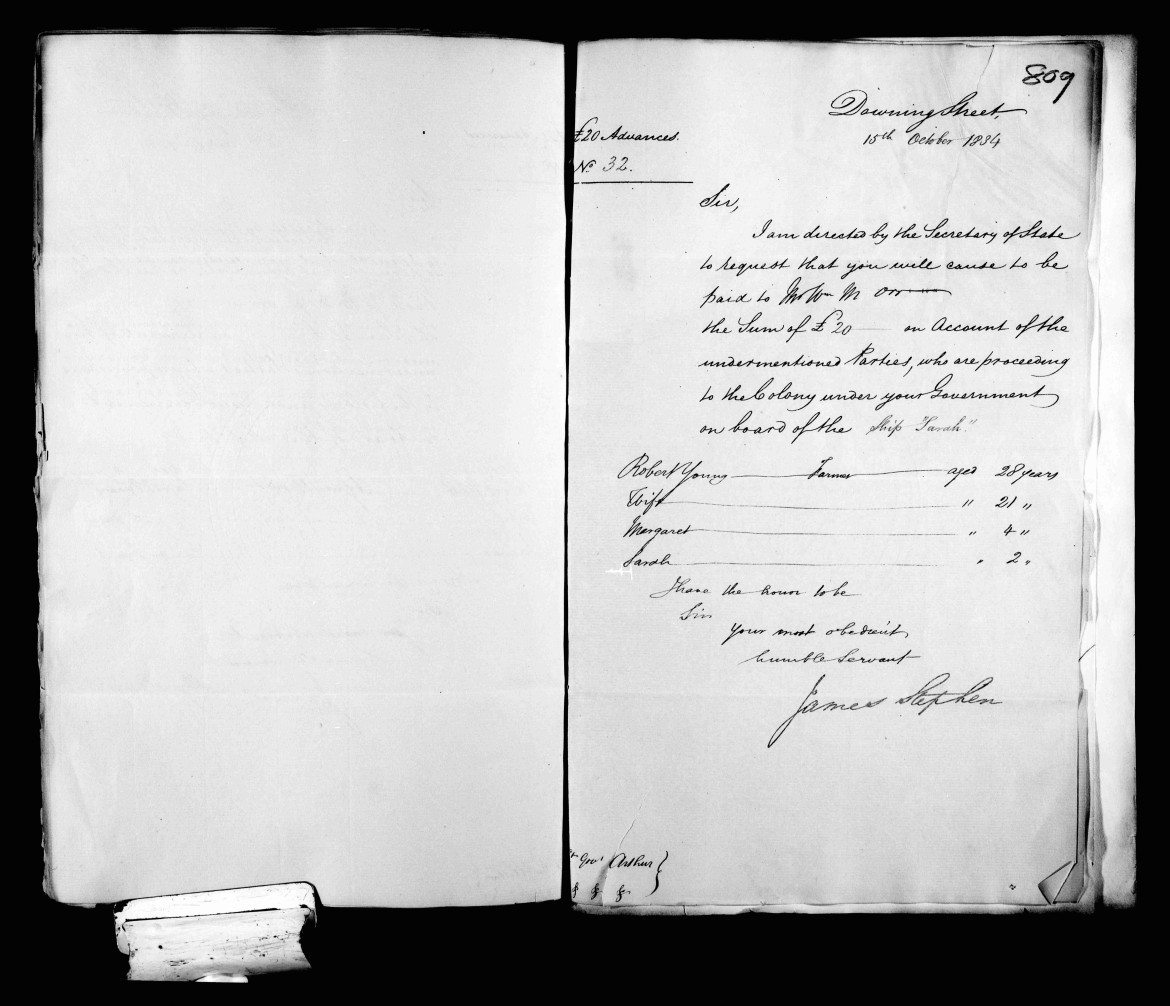